As of June 4 Alberta Health has confirmed 15 new cases in Alberta in the last 24 hours.

There are -1 cases in the North Zone.

There has been 0 deaths recorded in the North Zone in the last 24 hours.

92% of the cases in the North Zone have recovered.

Regions are defined by rural municipalities, city boundaries, and urban service areas; smaller regions (i.e. towns, villages, and reserves) are incorporated into the corresponding rural area. Cases without a postal code or incorrect postal codes are not included. Location information missing/invalid for: 36 case(s).

The city of Fort McMurray still has 4 active cases.

There are 334 active cases in Alberta.

There has been 1 death recorded for Alberta in the last 24 hours in the Calgary Zone.

Canada has 93,726 confirmed cases. There have been 7,637 deaths recorded.
There have been 51,739 recovered cases in Canada which is 60% of the national population of cases.

Check Daily for more information on COVID-19 and local news. Updates will be on Mondays, Wednesdays, and Fridays starting June 8, 2020. There will be no update on Monday, June 8, 2020. We are your community news. southpeacenews.com . Past updates can be found under the COVID-19 tab on our website. If there is information that you would like to see, please make a comment.

As of May 3, Alberta Health has confirmed 96 new cases in Alberta in the last 48 hours. There are…

As of April 21, Alberta Health has confirmed 187 new cases in Alberta. Testing is now available to everyone in…

As of April 17, Alberta Health has confirmed 239 new cases in Alberta. This is attributed to increased testing. Testing… 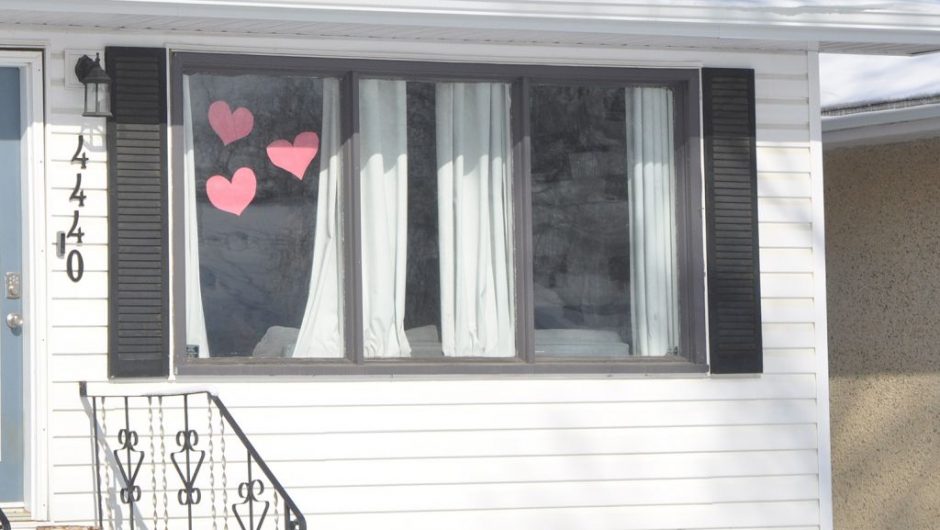 What’s with all the hearts popping up on windows in High Prairie?
Gay Olanski has the answer.
She posted on the High Prairie and Area Discussion and Information Board March 22 asking people to put hearts in their windows as a show of support during the COVD-19 pandemic.