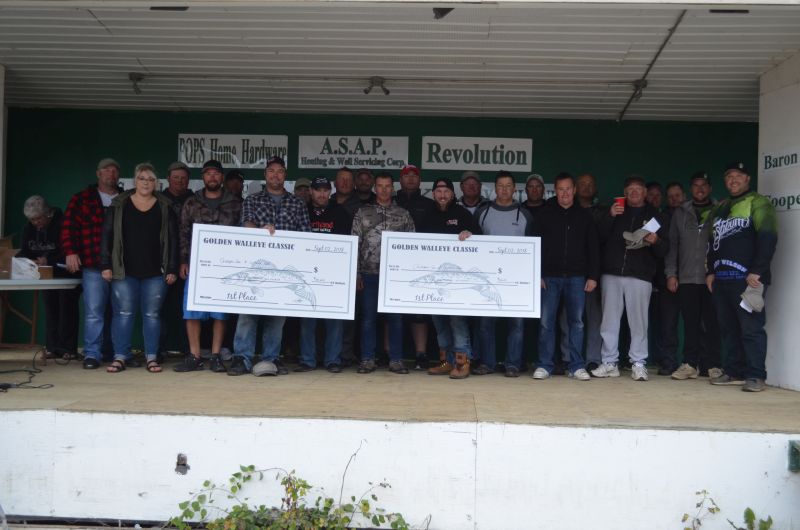 Fishermen travelled from all over Canada, and some from the U.S., as they do every year, to Shaw’s Point Resort for the recent 30th Annual Golden Walleye Classic.

Fifty-eight two-man teams participated each day, and they divided into two groups for 7 a.m. and 8 a.m. shotgun starts respectively.

The event was held on the Labour Day long weekend, although it was delayed on the first day, Sept. 1, due to rough weather on Lesser Slave Lake. But the fishermen managed to get out on Sept. 2 and 3. Ken Sperling, one of the organizers, was pleased with the turnout.

“We’re happy with the numbers, due to the economy,” says Sperling. “I’m pleased it has gone on for 30 years and we look forward to hosting it again next year.”

The fishermen were allowed to catch four walleye per day, bringing them in two at a time to be measured at the weigh-in station at the marina. The fish were then released back into the lake.

Each day, the first group had to be in by 4 p.m., and the second group by 5 p.m., to get their final fish weighed.

There were payouts each day, for first place to 20th place, as well as for the two-day weight totals.

Christopher See and Laurance See, of Edson, had the biggest two-day total, with 25.15 pounds of walleye. They collected the grand prize of $33,600 for their efforts.

There were other payouts:

A silent auction was held as part of the Golden Walleye Classic. Also, the Captain and Kids Fishing Tournament was held on Aug. 31.

The junior hockey season resumes for the High Prairie Red Wings, but no spectators are allowed in the arena.
Action returns April 2 in the West Division in the Greater Metro Junior A Hockey League as COVID-19 restrictions continue. 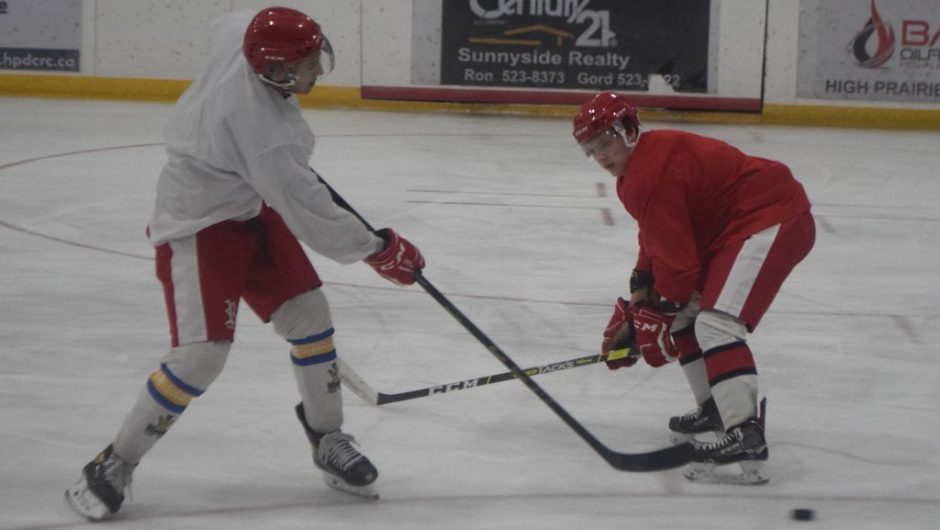 The High Prairie Red Wings may still get an opportunity to resume their junior hockey season as more COVID-19 restrictions are relaxed.
Good news may come March 22 for the Red Wings and other teams in the West Division of the Greater Metro Junior A Hockey League.

A major hurdle has been cleared in hopes that Tim Hortons will soon build and open a store in High Prairie.
“We have no issues with Tim Hortons going forward once again,” said Marlene Cobick, Alberta Transportation’s administrative assistant in Peace River, at a Town of High Prairie special meeting Feb. 23.

The next step in building a Tim Hortons in High Prairie has taken place.
The Town of High Prairie posted a development permit on its Website last week for the “construction of a drive thru restaurant discretionary use” at 3801-51 Ave.
It is the location of the proposed Tim Hortons.

Indigenous food is on the menu at Kokum’s Shack restaurant that opened Jan. 4 in High Prairie.
“It’s the Home of the Bannock Burger and the Indian Taco,” says Starr Sasakamoose, who owns the business with his sister, Kristal Sasakamoose.
“That’s the Kokum’s recipe.