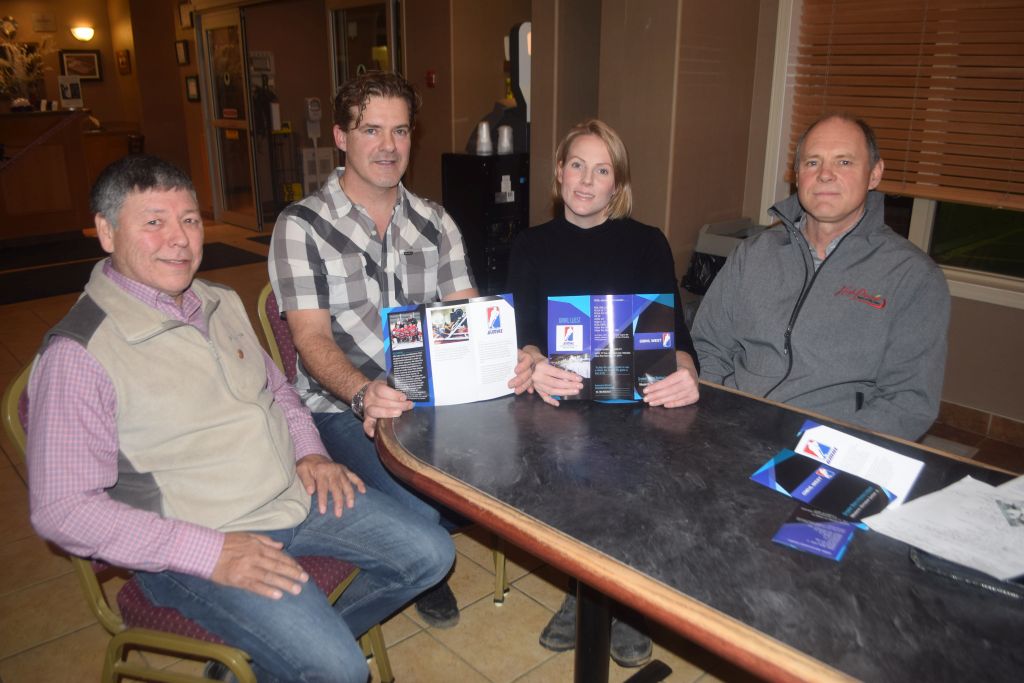 Junior A hockey is coming to High Prairie.

“We want to make sure there’s a solid foundation for next season.”

Ownership, the organization and roster are already in place and are scheduled to arrive in their new community by the early November, he says.

The league and team are looking for billets and for volunteers to serve at games and in other roles.

“It would be a condensed schedule this season,” Prue says.

“We’re working with the Town of High Prairie to schedule games.”

The GMHL plans a few games in High Prairie to introduce the team and the league to the community.

High Prairie Red Wings become the fourth team in the Western Division that is in the first year.

Prue says the Eastern Division has 23 teams in Ontario and Quebec.

Operating for 15 years, the league for players ages 18-21 is looking to expand the number of teams in Alberta, B.C. and Saskatchewan.

High Prairie fans will get a chance to see the league in action when The Slave Lake Icedogs and the Edmonton Academy Wings will play in a showcase game at the Sports Palace on Nov. 1 at 8:30 p.m.

The other team in the west is the Northern Alberta Tomahawks in Enoch.

“Adding a team in High Prairie would form a good rivalry with Slave Lake,” Prue says.

“Slave Lake and High Prairie would be a great rivalry,” Barr says.

“Hockey is great for the community and we’ve made a lot of fans.”

High Prairie has strong support from the Alberta teams.

“Owners of other teams are fully on board to support High Prairie,” Barr says.

She says 75 per cent of the players on the Icedogs’ roster are from the Slave Lake and Wabasca areas.

“I think there’s a demand for high-level hockey in High Prairie,” Barr says.

“I think there are lots of local players ready to play.”

Prue says many teams are academy-based and players pay tuition to cover costs.

Barr and Prue say the organizations don’t’ want to create huge demands on financial support from the community.

“We expect teams to make money at the gate and from sales of souvenirs,” Prue says.

Players do a lot of mentoring with local youth.

“We want to get them into the community,” Prue says.

“Players must sign a code of conduct and we set high standards for them.’

The new team is welcome in the community.

“If it’s successful, it will be good for the region,” High Prairie Mayor Brian Panasiuk says.

Gerald Cunningham of East Prairie says the team will encourage local players to move up in the ranks.

“From the success and enthusiasm I’ve heard, bringing something like this into High Prairie will be a great opportunity for local hockey players,” Cunningham says.

“That calibre of hockey in our community will be great,” Cunningham says.

His son Jerry Cunningham is head coach and general manager of the Northern Alberta Tomahawks.

The team was scheduled to locate in Rosetown, Saskatchewan, Prue says.

However, the community couldn’t accommodate ice time for a full training camp.

So, the league and team headed to High Prairie, he says.